The fashion world has a new trend that can best be described as “old is in style”. One of the signs of older clothes being popular happened this month with the debut of a new fashion magazine called Display Copy. The main item that sets this magazine apart from other fashion magazines can be found in the “where to buy” credits of the publication. The suggestions for locations to buy clothing include eBay, the Salvation Army and Etsy. In addition, the letter from the editor states that the magazine “doesn’t feature a single new fashion item”. All of the clothes featured in the magazine are either vintage or can be found at a thrift store.

In an interview featured in the New York Times, Brynn Heminway, the editor of the magazine said, “The idea was to make used clothes desirable. Because I honestly feel nothing new is sustainable. Everyone told me I would never get any advertising support, or anyone to write about it.” Heminway proved everyone wrong as fashion brands are bring to embrace the concept of upcycling. 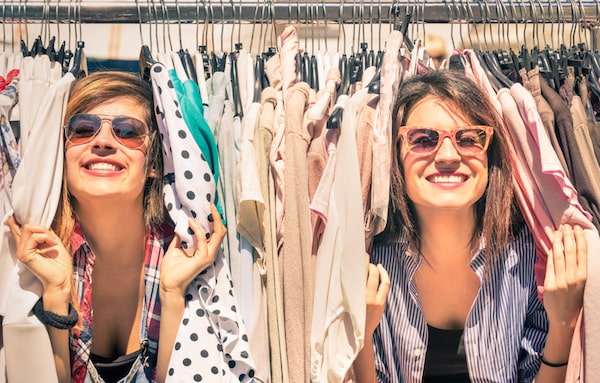 Older Clothing in the Fashion World

The shift to embracing older clothing has been seen throughout 2020. Earlier this year, there was a good amount of discussion in the fashion industry about sustainability thanks to the changes in shopping habits caused by the spread of coronavirus. Since many companies are having their employees work at home, there is not as much need for business suits or new clothing to wear to a conference or a meeting.

Here are some examples of clothing brands embracing the trend of upcycling:

How COVID-19 Created a Need for Upcycling

The decision to embrace the idea of reworking older clothing is the opposite of what the fashion industry believed the public wanted for years. In the past, it was believed that followers of fashion wanted a steady stream of new clothing ideas and products. While this belief often boosted sales, it also resulted in an overflow of items that fashion brands were unable to sell after the “next big thing” was introduced to the public.

During an interview in 2019 for Muse Magazine about the role fashion plays in the climate crisis, the chief executive of Gucci discussed why his brand did not take back its own clothes after customer were done with the garments. Marco Bizzarri was asked why the used Gucci clothing was not resold or upcycled. His reply was that the process of upcycling the clothing was too complicated and that the proper systems were not in place.

COVID-19 changed this way of thinking as countries went into lockdown for the safety of their citizens. This meant that many mills were not in operation so designers had to turn to fabric that remained from previous collections to create new products.

The need to use old fabrics meant that the idea that anything viewed as “last season” couldn’t be used anymore was not valid. Plus, the positive feelings that customers have towards recycling and sustainability meant fashion brands were more willing to use fabrics from previous collections. The pandemic changed the attitudes of shoppers and fashion brands as they started to see more value in their older items. In addition, leaders in the fashion industry are also starting to realize that the responsibility to address the issue of sustainability lies with them and not just with shoppers that want to trade in their items at thrift stores.

Growth of the Resale Market

thredUP, which is an online consignment and thrift store, has predicted that the resale market will hit $64-billion by 2024. In addition, thredUP also predicts that the online secondhand market will grow by around 69% between the years 2019 and 2021. It has also been reported that Gen Z is increasingly turning away from the higher prices of some contemporary fashion brands and are gravitating more towards shopping at thrift stores.

Fashion is being moved into a new direction that is less about what is new and cutting-edge and more about what existed in the past and how it can be used again in the future. Many designers are embracing this change in the fashion world and the new aesthetic challenges that are available to them using older fabrics and garments. The new aesthetic possibilities are inspiring them break fashion rules and use clothing items they would have ignored in the past.