When the public thinks of Los Angeles style and fashion, they think of Fred Segal. The once young tailor opened a clothing boutique, bearing his name, that would go on to become a staple in shaping the image of Southern California and pioneering the shop concept that would pave the way for up and coming brands (including Kate Spade and Juicy Couture among many others). Segal has recently passed away at 87 years old and he leaves behind a legacy that is nothing short of iconic. 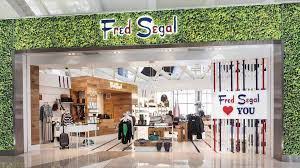 Frederick Mandel Segal on born on August 16th, 1933 in Chicago, Fred grew up poor and was the product of parents that worked multiple jobs just to keep things afloat. Believe it or not, he never went to school for fashion. He worked as a traveling shoe salesman and interacted with many people on a daily basis. His daily chats with the public helped him get a sense of what the people wanted when it came to clothing.

After growing tired of traveling, he decided to open his store and enjoyed very early success. He said his success can from his observations and his honesty. “I learned at a very young age that the area of no competition is in integrity. When I was selling in my store to my customers and they came in wanting to buy this or that, if they put an outfit on and they asked me for my advice, part of the time I’d say, ‘Take that off, don’t even buy that, that would be ridiculous, you don’t even look good in that.’ That’s really deep honesty. You don’t find that in business, you know?”

Created and opened in 1961, the Fred Segal clothing boutique was based in Hollywood and became very popular with the celebrity crowd of the time. The high end boutique was seen as young and hip with it being notable for its well curated choices of merchandise with much emphasis being put on the offering of denim jeans. Many celebrities like Elvis Presley, Diana Ross and Farrah Fawcett would be seen in outfits designed by, or sold at, the boutique. In the years before the rise of TMZ, just hearing that acts like The Beatles were seen shopping at Fred Segal would attract huge crowds and create a hype that would cement its status in fashion.

In the year following the opening of the original Fred Segal storefront, another store would open on Melrose Avenue and would almost exclusively specialize in denim jeans. Considered the creator of the first ever “jean bar”, Segal’s form fitting styles and designs would go on to define the look of the time. His fame was further cemented when actress Farrah Fawcett was photographed in an iconic image wearing the jeans from the brand. “When he started, it was all just Lee jeans and Levi’s, and they were just work jeans,” daughter Annie Segal told The Los Angeles Times. “He was the first person to lower the waistband to create a hip-hugger jean. He was the first person, I think, to embellish jeans with rhinestones. He had an onsite rhinestone guy. That was in the 1960s. No one was doing that.”

The Legacy of Fred Segal

The glitz and glamour often associated with all things Hollywood and Los Angeles almost always includes the impact of Fred Segal on Hollywood fashion. The location on Melrose Avenue became the most known and revered location. The ex-Fred Segal building on Melrose Avenue is still often on the “must see” lists of tourists when they visit California. The boutique became a hub for “up and coming” brands and created an experience that is still highly regarded today.

“He had the vision to create this space with all this energy and excitement around it,” retail developer Rick Caruso told The Los Angeles Times. “It was about mixing different categories together that people had never done. It was about connecting the inside and the outside. And it was the collection of different vendors. What was happening in retail before Fred was either a strip mall with a drugstore and a supermarket or a dry cleaners, or big malls going up that had typical anchor stores that were just bland and boring. And the scale of what Fred did was so smart. He understood the importance of a human scale — that people should feel comfortable in a space and have it be small enough that there’s an energy to it and it feels a little bit crowded and not so big that you get lost in it. Fred’s genius was knowing what people liked and would respond to and delivering on it.”

At the time of his death, Fred Segal had long retired and sold off the brand with the main store moving to Sunset Boulevard in West Hollywood. The Fred Segal brand, and his keen sense of style, has gone on to shape the industry into what it is today. His impact and influence will continue to spread and influence future generations.