With fashion designers always seeking to create the latest trends and retailers moving merchandise as quickly as possible, it can be difficult for consumers to know when deals are about to take place. Learning when retailers close-out seasonal merchandise can help you snag a great deal and save cash for other purchases. 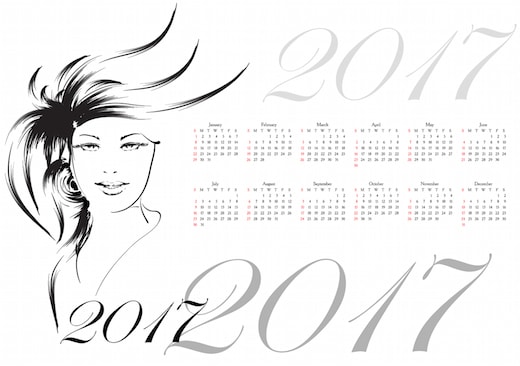 Although January tends to be a chilly month, retailers are already thinking about spring and trying to make room new merchandise. Immediately after Christmas, you can find great deals on all things related to winter including boots, gloves, sweaters and cardigans. Also, keep your eye out for cute cocktail dresses and sequin tops. With the passing of New Year’s Eve, you can score great sparkly fashions that will look just as nice next year.

February is the time of year to take advantage of discounted under garments. Bras can be expensive and getting them two-for-one is never a bad thing. If you are looking for loungewear and sleepwear deals, this is the best time to scoop up these deals.

March is the perfect time to buy raincoats and rainboots since the stores are looking to move their rainy-day attire before the April showers begin. March is also the best time of year to purchase last year’s luggage models since luggage companies start to showcase their new models in anticipation of summer vacation.

With strappy sandals and flip flop season among us, April is generally a good time to look for markdowns on sneakers. After Easter, spring dresses are generally on sale since summer clothing will be taking over the spring garment racks.

If you want a great bargain, don’t try to shop for sales before Mother’s Day since it is a major gift-giving holiday. Mother’s Just after the holiday, you can find sales on jewelry, special cosmetic sets, boxed gift items, loungewear and fashions which were promoted for Mother’s Day. Additionally, stores tend to mark down the price of activewear in May since this is the time of year when people are most likely to exercise. You can usually get a great deal on running shorts, stretchy pants and sports bras.

The selection of shorts, summer dresses and swimwear may not be as good as April but this is when these summer items make their way to the sales rack. This may seem a bit late to purchase summer clothing but there will still be plenty of seasonal time to wear that hot new fashion. Keep in mind that cell phone manufacturers and carriers generally offer lower prices in June since a new phone is an awesome graduation gift. If you want to pair your new wardrobe with a new cellular device, this is the time to do it.

After the Fourth of July holiday, you can expect to see a large push to move summer items out in order to make room for fall fashions. Sandals and handbags tend to sport big red sales tags in July so grab new summer footwear and accessories.

Summer clothing is normally 50% to 80% off as stores gear up for the latest fall trends. Keep an eye out for back-to-school sales so you don’t have to pay full price for school fashions.

Many people do not use sunglasses as much after daylight savings time. Therefore, stores tend to slash the prices of their shades after Labor Day weekend. Even though the style may change a bit, sunglasses are one accessory that can still be trendy the following year.

If you need to replenish your denim wear, it is best to wait until October when the back-to-school rush is over. This is when stores want to get rid of all the denim they ordered and make room for holiday wear.

Everyone knows the day after Thanksgiving is the biggest shopping day of the year with bargains and discounts everywhere. Most people don’t think about the deals they can get on running shoes in November. Once the snow starts to fall, most retailers have boots on the mind and sales on the sneakers.

Since pajamas are a good gift for everyone, stores tend to offer promotions on December PJ’s. Although January is a great time to shop, get an early start on December 26th when stores have huge sales on numerous items which didn’t make the cut for Christmas gifts. Keep in mind that party dresses may not be reduced until after New Year’s Eve.