Current fashion royalty is normally younger celebrities with large social media followings and influencer status. However, the current queen of fashion is actually a 51-year-old singer that is best known as the singer of the “My Heart Will Go On” AKA the main theme song from “Titanic”.

That’s right. The reigning queen of fashion is none other than Celine Dion. 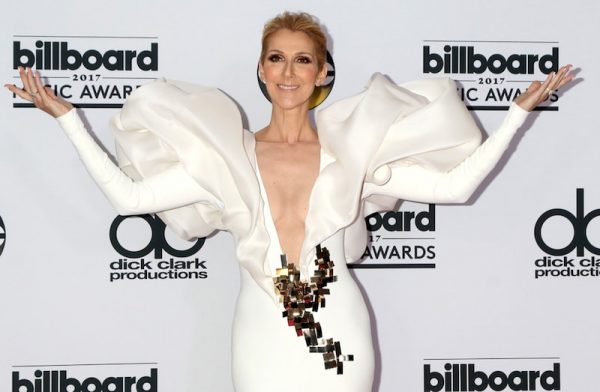 Fashion According to Celine Dion

Celine Dion is a 51-year-old singer best known for her long running show in Las Vegas as well as her string of hit ballads in the 1990s. She is currently making a name for herself as a fashion style icon thanks to her unconventional fashion choices.

From a sculpted black gown with leather gloves that were long and tight to a glossy black headpiece and open-toed boots, Dion recently stole the show at a fashion event. In addition to her outfit, she was also riding an electric scooter to the event. Later that evening, Dion was spotted wearing a bow-topped gown from Richard Quinn that was green and floral. It was clear to others that Celine was there to take on the fashion world.

While many people are enjoying her new fashion sense, there are others that are unsure what to make of her appearance. In a recent article about Celine Dion’s fashion choices in The Guardian newspaper, one writer said “I know what you’re thinking. You’re thinking that Dion has completely lost the plot – and, maybe, so have I. That Dion looks less like a woman of taste than a woman who has covered herself in glue and run through the VIP fitting room of every boutique on the Avenue Montaigne. And the thing is, you’re not completely wrong. Dion is not chic in any conventional sense. Her look is not easy on the eye, which is exactly what makes it interesting. It is the polar opposite of the Duchess of Cambridge school of pleasant, flattering, appropriate clothes. She makes no concession to the playbook of good taste, or the unspoken rules about what a 51-year-old woman should wear to catwalk shows that will be headlined by 18-year-old supermodels.”

The Fashion Choices are about Celine Dion and not the Clothes

One of the most interesting aspects of Celine Dion’s fashion choices is that the clothes are always secondary to Dion herself. Dion always looks like she is having a great time as opposed to hundreds of models on the red carpet or catwalks that look like they would rather be anywhere else than a fashion show or red carpet event. It is apparent to everyone around her that she loves fashion and she loves wearing outfits that make people take notice of what she is wearing. A good example of this is her unitard outfit that included gold hardware that spelled out the name C-H-A-N-E-L while hanging from a chain belt.

In addition to her outrageous fashion choices, Dion also knows how to pose for the camera. She has been in the spotlight for years so it is obvious to others that she knows how to “work it” for the camera. She brings her lifetime of being a star to the cameras of the fashion world thanks to her team of stylists as well as her “image architect”, Law Roach. Dion is also willing to wear designs from a wide range of fashion designers. Her loyalty to fashion does not translate to loyalty to only one designer. As a woman with a personal fortune in the hundreds of millions of dollars, she is able to spread her attention and wealth among multiple fashion designers.

In the past, Celine Dion was known for wearing long gowns that were sparkly and “Vegas showy”. In 2016, she lost her husband of 22 years as well as her brother to cancer. In fact, the deaths of these two important figures in her life came within two days of each other. As time passed, Dion started to make appearances at fashion industry events and became a regular fixture in the audience. It became obvious to onlookers, as well as the members of the fashion industry, that her love affair with fashion was genuine and not simply a way to pass time while dealing with her grief. She enjoys both the beauty and the fun behind fashion. There are not many people that would have the courage, as well as the nerve, to wear a “Titanic” sweatshirt since she is so closely linked to that movie. Dion later wore an outfit that spoofed her look from the Oscars in 1999. This is a woman that gets the fact that fashion can make bold statements as well as just exist for fun and exciting fashion forward looks.

The New York Times recently referred to Dion as “a new fashion favorite” and she seems to be living up to that endorsement. Dion has been credited with changing the image of singers that perform a residency in Las Vegas. Jon Gray, the general manager of the Palms Casino Resort, told the Daily Beast that “Vegas was a place where singers go to die. Celine changed that.” She is now changing the rules of fashion by demonstrating women dressing their age can be defined by their mental age and not just their physical age. In addition, Celine shows that a great sense of style is always in fashion and can be achieved by women of any age.