Modest Fashion in the Modern World

In the past, the clothes that women wore were designed to show some skin and leave little to the imagination. Fashion items such as tank tops and miniskirts showed off the skin of the women wearing the clothing items. Times have changed and the clothing worn by women includes hems that touch the ground, high necklines and very long sleeves.

One of the reasons that these fashion changes have happened is due to the fact that what used to known as “modest fashion”, AKA clothes that are more in line with the requirements of religion as opposed to the need of fashion, are now accepted by mainstream audiences. 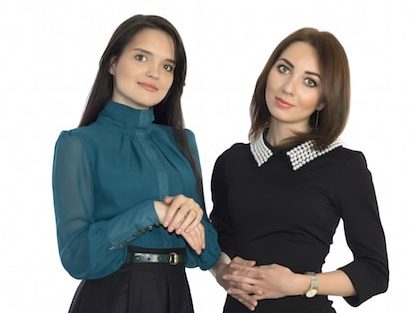 The New York Times recently spoke to Nadia Krayem who is an Australian photographer that has worked with Think Fashion which is the group behind Modest Fashion Week. She told the newspaper that she believes the mainstream acceptance of modest fashion has “made modest dressing easier”. However, she does have some worries about the evolution of this trend. She feels it “has been appropriated” which has also caused the movement to lose its original message and context.

These days, modest dressing can mean different things to different people. Some people try to make current clothes and styles work for them while others have to create their own clothes that match the needs of their religion or simple make fashion choices based on their beliefs.

The fashion blogger known as Mademoiselle Meme is of the opinion that modest dressing is “the adamant choice to show less skin, wear looser clothing and have the freedom to dress in a more conservative manner. On the other hand, the influencer known as Dina Tokio is a Muslim woman that says she loves fashion and that the trend of modest dressing is about choice and “modest fashion is open to interpretation from whoever chooses to define their dress sense with the term.

As modest dressing continues to grow in popularity, there is also a growth in the awareness of this fashion trend around the world. The rise of modest fashion fans, as well as the group of consumers that buy these clothes, has become a shopping force that seems like a response to the #MeToo movement and the cultural shifts that have emerged from this time in the American culture. Many women seem to be rejecting the need to look sexy in little to no clothing and they are also ignoring the need to catch the eyes of men.

No matter the reason behind the modest fashion desire of individual women, what was once seen as a religious fashion style has now become a mainstream fashion choice for women of all ages. In fact, a search of Instagram shows a wide selection of modest fashion choices such as high heels paired with long and loose clothing as well as bodycon dresses and modest leather pants. In addition, there are dedicated modest fashion retailers that can be found online with items such as cropped pants for sale on their websites.

The Head Scarf as a Symbol for Modest Clothing

If one fashion item can be pointed to as the connecting point between the intentions of modest fashion and its growth in popularity, it is the head scarf that serves as a fashion accessory and as an easy way to identify those that are looking to remain modest in their fashion choices. A head scarf is also a religious symbol for many people so it is a very important fashion choice for many people that want to follow the modest fashion trend.

A head scarf can be worn on a daily basis for religious reasons but it can also be viewed on the runway and on magazine covers as a must have fashion accessory that is ideal for styling purposes.

There are many people who feel that some of the clothing options that are designated as falling into the category of “modest fashion” are actually being marketed incorrectly and should be branded as some other type of fashion choice.

Yasmin Safri is a modest fashion designer and her label is known as Arabian Nites. She recently made a statement regarding the “historical definitions” for her brand that focuses on descriptions of modesty that are based on Islamic descriptions. In her own words, she prefers to take “cultural silhouettes” and give them a “contemporary twist”. She added that “It’s never been about just putting long sleeves on a top and calling it modest fashion”.

There are others who feel that clothing that is very tight should not be called “modest” even if the clothing covers every part of the body of the female wearing the tight clothing. Instead, they feel that the word “modest” is nothing more than a term that is used to describe an alternative fashion style.

While the definition of modest fashion might be up for debate, there is no debate when it comes to the fact that this fashion trend looks like it will remain popular for years to come.